by Elaine Arnold in Mentions in the News. Posted December 19, 2018

Congratulations to Lisa (Stevenson) McKenzie, Senior VP of R&D and Operations for being named one of Michigan’s EV Leaders by Detroiter Magazine.

Epic. Generational. Transformative. Not the kind of words temperate-minded engineers, technicians and business leaders traffic in lightly. Except lately, when they talk about the not-so-distant future of automotive technology, and the rapid, revolutionary transition to electric powertrains. Buoyed by eye-popping projections for growth and billions in investment, the future of electric transportation is happening now. Look at what some of the region’s standouts in electrification are working on. 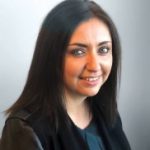 Some of the strongest demand for EVs comes from the operators of big vehicles in big cities, i.e., urban transit and school systems. Hundreds of their buses around the United States and Canada run on lithium ion batteries developed by XALT Energy, said Stevenson. The incentives for more — fuel costs, emissions, public policy — are growing rapidly, she said.

“They want to electrify,” Stevenson said. And XALT is “perfectly poised” to capitalize on that emerging market. The company also produces batteries for maritime use, electric grid storage and management systems, and in 2018 entered a four-year U.S. Department of Energy contract (in partnership with Ford Motor Company, General Motors and FCA) to develop breakthrough 12-volt battery technology for EVs.

To read the December issue of the Detroiter Magazine, click here.